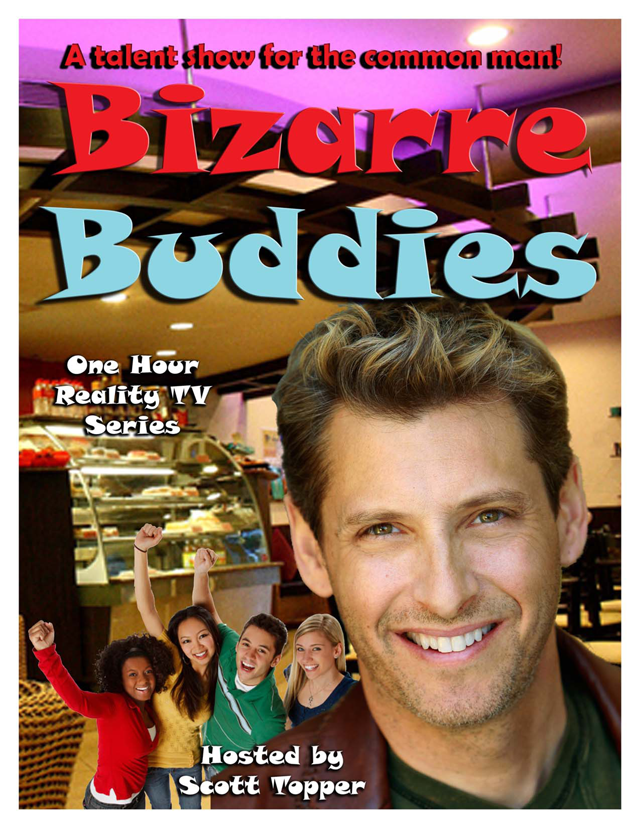 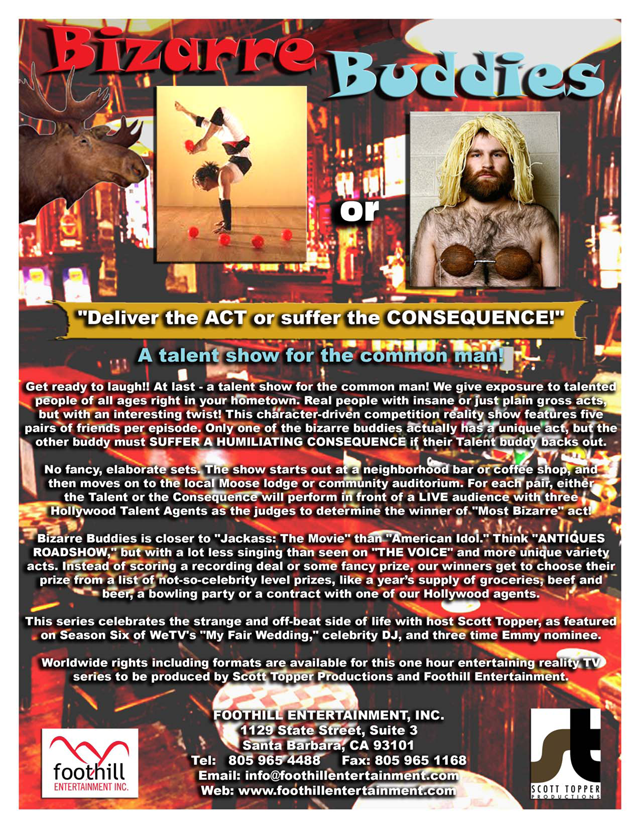 “A talent show for the common man!”
One Hour Reality TV Series
“Deliver the ACT or suffer the CONSEQUENCE!”

Get ready to laugh!! At last – a talent show for the common man! We give exposure to talented people of all ages right in your neighborhood. Real people with insane or just plain gross acts, but with an interesting twist. This character-driven competition Live-Action reality series features five pairs of friends or “buddies” per episode but only one of the bizarre buddies actually has a unique act. The other buddy must suffer a humiliating consequence if their Talent buddy backs out. This show is funny, fast-paced, and FUN!

We all know that America has talent, and we showcase bizarre talent in commonplace settings that are down and dirty for the regular man. Think of funny one-trick family talent acts featuring your wacky Uncle Joe or your zany Aunt Lois. Talented Grandmothers team up and perform with their 21-year old Grand-daughters, and Sister acts who think they’ve got winning bizarre talent.

No fancy, elaborate sets. The show starts out at a neighborhood bar or coffee shop, and then moves on to the local Moose lodge or community auditorium. All five teams must perform either their Talent or Consequence in front of a LIVE hometown audience with threereal Hollywood Talent Agent judges determining the winner of “Most Bizarre” act in their city!

Bizarre Buddies is closer to “Jackass: The Movie” than “American Idol.” Think “ANTIQUES ROADSHOW,” but with a lot less singing as seen on “THE VOICE” and more unique variety acts. Instead of scoring a recording deal or some fancy prize, our winners get to choose their prize from a list of not-so-celebrity level prizes, like a year’s supply of groceries, beef and beer, a bowling party, or a contract with one of our Hollywood agents.

Bizarre Buddies is not searching for the next Superstar, but rather, it’s a unique entertainment show for the rest of us…regular people with unusual talent. It captures the spirit of performance while embracing Bizarre! This series celebrates the strange and off-beat side of life with host Scott Topper, as featured on Season Six of WeTV’s “My Fair Wedding,” a celebrity DJ, and three time Emmy nominated TV show host. 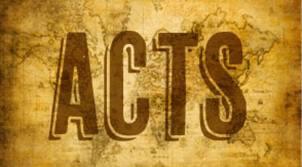 People who dress up in a chicken outfit and cluck wildly while performing the “Chicken Dance.”
People who yodel while playing a xylophone using their bare feet.
People who make a balloon dog through their nose and mouth.
People who perform insane flips while using an exercise ball.
People who create a unique Human Slinky and perform a one-of-a-kind variety act.
People who wear a Robin Hood costume and shoot peas out their nostrils to hit a target.
People who can execute extreme caterpillar break-dancing.
People who twirl light sticks while balancing on a unicycle on top of a cinderblock while reciting Shakespeare. 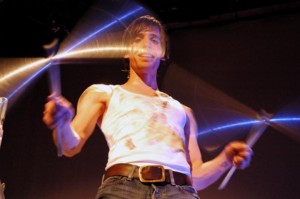 Recite a Limerick and dance the river dance while dressed like a leprechaun.
Butt Writing:  Dip your butt in red paint and “write” your name correctly on a wall with your rear end.
Dress up like a Big Baby and Arm Wrestle an Audience Member.
Dress up in a “Swiss Miss” costume and sit on the lap of an audience member while reciting the nursery rhyme “Mary Had a Little Lamb.”
Dress in a Hawaiian Hula Dance outfit with a Coconut Shell Bra and a mop for hair while shaking hips and lip-sinking to Elvis’s “Hunk of Burning Love” song.
Australian Pushups:  Everyone in Australia is upside down, so they lie on their backs in a Big Kangaroo outfit and pump both arms in the air as if doing pushups while rapping a made up song as to why they should win.
Wear a tribal Belly Dance costume and perform a :30 ballet to hip-hop music.
Dress up in a pig costume and eat ice cream from a trough. 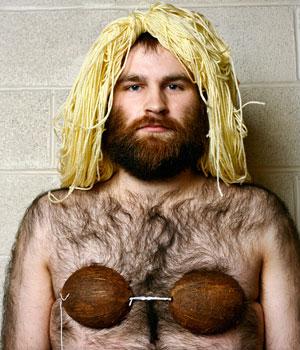 There are three phases to this competition. 10 cities are selected per season.

Here’s the Bizarre Twist…the Consequence Buddy is on the Hook!

The second segment requires the “Consequence Buddy” to bring their “Talent Buddy” to the pre-show taping at the local Moose lodge or community auditorium. The “consequence buddy” tells the “talent buddy” how fun it will be to attend a real Bizarre Talent show and watch other people make a fool of themselves.

At the pre-show, the “consequence buddy” then says to the “talent buddy,” “Mary, I have a surprise for you. We’re not here to watch other people perform today. This show is about you! If you perform your Bizarre Act, we’ll both have a chance to win the grand prize and you’ll be Famous!” The “talent buddy” can either choose to perform, or flat out “just say no!” If the “Talent buddy” declines, the “consequence buddy” is then given a humiliating yet funny consequence that he or she must do in order to still compete as a team for the grand prize.

For the main talent competition, our five pairs of “consequence-talent buddy” duos are asked to perform either their Consequence or Talent in front of the judges and the LIVE hometown audience. The buddies must choose who will perform…will it be the real Talent buddy or will we see a humiliating consequence?

The “consequence buddy” doesn’t know the details of their consequence until they spin the “Wheel of Consequence.” The wheel has over 20 different performance ideas that are entertaining, bizarre, uncomfortable and humiliating.

They are then quickly dressed in a silly outfit and are given funny props to make their performance even more awkward and embarrassing and must immediately performthe humiliating consequence on stage in front of the live studio audience and the judges.

Our three real Hollywood Talent Agents critique each act and offer suggestions on how to make the performance more compelling. We then ask the Agents to vote with ONLY one winning team named “Most Bizarre” performance!

Instead of scoring a recording deal or some fancy prize, our winners get to choose their prize from a list of not-so-celebrity level prizes, like a year’s supply of groceries, beef and beer, a bowling party, or a contract with one of our Hollywood agents.

OUR HOST: WHO IS SCOTT TOPPER?

Scott is a three-time Emmy nominated TV show host and has over ten years of on-air host experience for FOX, ABC, NBC, and CBS. Scott is featured in Season Six of the Top-Rated WeTV show “My Fair Wedding” with Celebrity Wedding Planner David Tutera. Scott has played “Night Guard Scott” on the U.S. tour of “Night at the Museum” for Yahoo! and 20th Century FOX, and hosted TV shows such as 65 half-hour episodes of “Topper’s Clubhouse” for FOX Kids, “American Top-40 On-Tour” for ABC Radio Networks, “Critter Gitters” for Litton Syndications, Inc., and “The Power Channel” for MCI Field Communications. 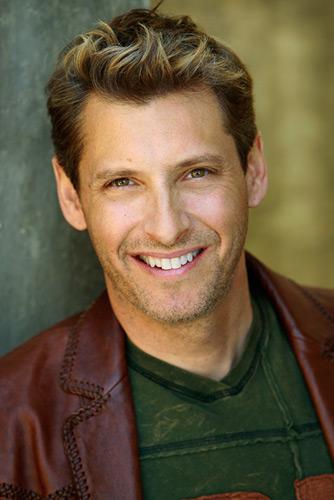 Worldwide rights available for this one hour reality TV series to be produced by Scott Topper Productions and Foothill Entertainment.