10 Most Relaxing Songs In The World According To Science 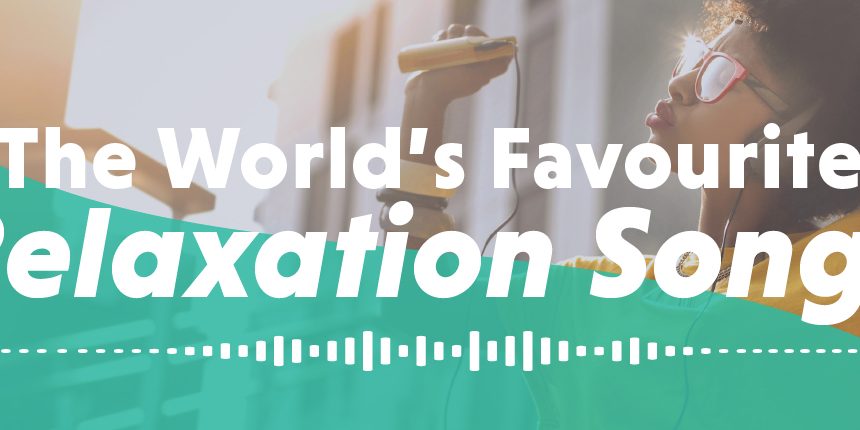 10 Most Relaxing Songs In The World According To Science

Although meditation, yoga and taking naps are effective forms of stress relief, listening to music is one of the easiest ways to get your dopamine flowing.
You might have your own personal playlist to calm your nerves, but this one is scientifically-backed.

A study conducted by neuroscientists from Mindlab International recorded participants’ physiological responses to specific songs while solving complex puzzles. Based on the results, the scientists came up with the 10 most relaxing songs.

Marconi Union is an English ambient music band that worked with sound therapists to create what is known as the most relaxing song in the world. The song actually induced a 65 percent reduction in overall stress among participants.
The reason for this, as explained by Lyz Cooper of the British Academy of Sound Therapy, is that the song utilizes a biomusicological phenomenon called “entrainment.” Cooper reports, “The song contains a sustaining rhythm that starts at 60 beats per minute and gradually slows to around 50. While listening, your heart rate gradually comes to match that beat.”
There is not really a melody; instead it is a series of tones with some samples of natural soundscapes. The oscillating chord that remains constant throughout the whole song is almost hypnotic. You can practically picture the soundwave waxing and waning.
I actually subconsciously sunk into a different headspace while listening. When I paused the video midway, it felt like a trance had been broken. I had to stop and blink a few times to come back to reality.

This relaxing song has similarities to “Weightless.” The tempo matches the optimal resting heart rate of 60 to 65 beats per minute. The mid-range frequencies and absence of a low, heavy bass is less taxing on the nervous system. This song definitely has a “chiller” vibe to it, and it has more of a hip-hop beat, but nothing to the extreme. Yoga fans might find this the perfect background music for their sun salutations. 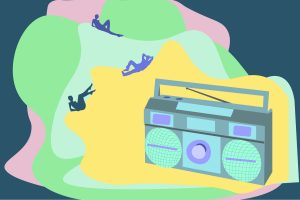 What makes this song relaxing is the reverb guitar above the ostinato, which is a repetitive musical pattern. The repetition frees the mind to feel the music rather than analyze it. As the title of the song suggests, the beat is mellow and even a little bit sensual. The rainstick and the conga-like drum conjure visions of sipping something frozen on a tropical island.

Everyone knows Enya from her classic, “Only Time,” which is an equally relaxing song. “Watermark” has a simple yet lovely piano arrangement, with a subtle chorus of human voices. Layered with the chorus is a synthesizer accompaniment that creates white noise, which has been proven to induce tranquility. Save yourself the money on a white noise machine and just listen to this song.
5. Coldplay, “Strawberry Swing”

This is the first relaxing song on the list with lyrics, which proves that music does not have to be instrumental to be soothing. It has a slightly higher tempo and does not really promote relaxation so much as a feeling of contentment. The lyrics themselves contribute to the carefree vibe, and even the video is fun to watch.

Just like in “Electra,” the second song on this list, “Please Don’t Go” lacks a heavy bass and uses high and mid-range frequencies in the piano and the strings. It is also written in minor key, which is commonly found in sad songs. The lyrics stir emotion, and the soft, slightly raspy voice makes it sound as if the singer has been crying. You might start crying, too, if you really get absorbed into the song.

This critically acclaimed dream-pop relaxing song has that classic 2000s vibe, seeing as that is the year it was released. The lyrics and the video make me feel like I should also be prancing along the picturesque shoreline of the now-closed beach made famous by Leonardo DiCaprio’s movie “The Beach,” which featured this song in its soundtrack. You can be alert and relaxed at the same time, which is the optimal state according to yoga practitioners. So even though it is uplifting and groovy, “Pure Shores” for shore deserves a spot on the most relaxing songs list.

This iconic song earned its accolades, which included a Grammy. According to scientists, almost everything about this song is arranged to reduce the audience to tears. “When the chorus breaks, Adele’s voice jumps an octave and belts out the notes with increasing volume,” a writer from The Daily Mail wrote. “At the same time, the harmony shifts and the lyrics become more dramatic.” Maybe at first you cannot see why this song is relaxing, but someone who is highly stressed just needs to let it all out with a good cry.

When considering genres of relaxing music, classical most often comes to mind. This song by Mozart is one such example. Mozart’s hallmark mathematical precision, coupled with the angelic female voices, is aurally pleasing. It is light, it is uncomplicated, and it does not ask much of the listener beyond simply enjoying the music.

Although this relaxing song is enough to be added to the list, it is last for a reason. There is no discernible melody, and until the drum track kicks in, it sounds more like noise than music. However, it is not all bad. The mid-tempo beat invokes images of traveling to far-off exotic lands. It is almost a requirement for an ambient song to incorporate white noise, but because it is effective, we will give it a pass. While these songs each have distinctive styles, they share common elements such as white noise, low to mid-tempo and simple arrangements.

If you find yourself feeling stressed, consider adding a song or two (or maybe all of them!) to your chillout playlist.