Scott is Very Professional inside and outside the studio and offers a fast turnaround time by providing files faster than expected and am able to take direction very well.

Listen to Scott on the radio at K-LITE 101.7FM every day from 2-6PM PST by clicking HERE: 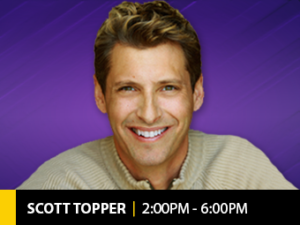 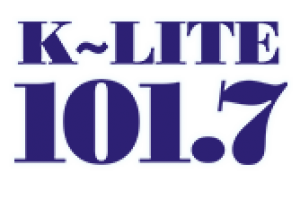 Scott offers the perfect voice to your voiceover project! Talent in Commercial, Narration, Animation, & E-Learning. Reach out to Scott Topper today for a free consult to see if you would be a great fit! CLICK HERE NOW TO CONTACT SCOTT DIRECTLY!

Male Voice-Over Artists – Amazing Voice Over Services
Professional Voice-Over Services. Get the Best Voice-Over, at Unbeatable Value! Select USA Top Freelancer to Produce a Voice Over, Exactly How You Dreamed It! 24H Delivery.

This is an interview with Jeff Bridges with Scott Topper Voice Over shot and edited in 2003 at the Biltmore Hotel in Santa Barbara.

Scott’s voice captures your audience’s attention & delivers your message clearly & will enrich your next project. Call or email for a quote by clicking HERE.

Scott started his career on the East coast as a mobile DJ entertainer in the New Jersey/Philadelphia/New York area. His first radio gig was a three-year U.S. touring host of ABC Radio program’s “American Top-40 On-Tour” with Shadoe Stevens.

Scott received three Emmy nominations for his FOX Kids TV Show “Topper’s Clubhouse.” Scott loves improvisation and co-starred in “Hypnotalk” on E! Entertainment TV, and played an alien Kantare Guard on Star Trek: DS9. Scott studied and performed Improv Comedy at The Groundlings in Los Angeles, and he performed improv in Santa Barbara with “Tater Tots” and “Troupe du Jour.” As “Night Guard Scott,” Mr. Topper toured the United States doing Improv and promoted the DVD release of the movie “Night at the Museum” for Twentieth Century Fox. Scott virtually hosts a remote corporate team-building activity, Airbnb’s Improv Comedy Fun & Games Online Experience for businesses around the world to help share a few laughs and relieve isolation stress during the pandemic. Scott has also authored over ten books and DVD’s on Public Speaking that are sold on Amazon.com.

Scott hosted “Bizarre Buddies,” a wacky reality TV show and he hosts “Party Time with Scott Topper” on COX 17 TV and “Music News” on YouTube and Facebook. Scott’s loves basketball and was once the mascot “Big-Shot” for the Philadelphia 76ers Basketball team and he played the “Phillie Phanatic” mascot for the Philadelphia Phillies Baseball team. Scott loves going to the Santa Barbara beaches with his son Skyler and his wife Angelina. Scott’s family has two fish named “Finley” and “Koi,” and a Hamster named “Fuzzy.” Scott’s favorite color is blue and he plays guitar, writes songs, and performs his original music with his alternative rock band “Moneluv.”

Studio Turnaround Time 24hrs, and often the same day, with a quick turnaround without ever compromising quality… including same hour at times for very rush jobs or clients in a panic. Most occasions same day, if not next day, min