Need a Laugh? Want to be in the Improv audience and watch a Reality TV show taping Tuesday night?

Ever wonder HOW they shoot Reality TV Shows? 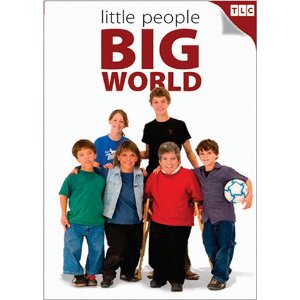 It would be smashing if you could attend this Tuesday night…it’s right down the street…fun too!
http://www.sbimprov.com/
The Santa Barbara Improv Workshop is putting on a special Improvisational Comedy Show featuring a surprise television guest.
Date: Tuesday April 17, 2012

This is where I get my funny on!

First off, this thing is all a surprise for the woman who will be in the class. Her name is Amy Roloff. She’s the Mom on the TV show Little People, Big World (links below). For this season (the 7th I believe) she and her husband are traveling down California on Highway 1, and she’ll be stopping in Santa Barbara on Tuesday night to visit her son (Jeremy) who goes to Brooks (the photography school in town). They’ll be doing some sort of hang gliding segment during the day which is over at 3. She’ll be visiting her son who is going to tell her that he’s got an assignment to photograph an improv class and please come with him. When she’s here, her husband Matt has a surprise for Amy-

Two-hour fundraiser at Bacara Resort & Spa honors community and unity, ahead of the Santa Barbara Jewish Festival on April 29 at Oak Park

The Jewish Federation of Greater Santa Barbara’s “Friend of the Festival” Gala Kickoff on April 1 at Bacara Resort & Spa ushered in an enthusiastic crowd of supporters who enjoyed an afternoon of world-class entertainment, tasty appetizers and a unique live auction in support of the upcoming 2012 Santa Barbara Jewish Festival on April 29 at Oak Park.

“This year’s Santa Barbara Jewish Festival and the celebration of Israel’s 64th year of independence promises to be outstanding and truly special with something for everyone,” said Michael Rassler, executive director of the Jewish Federation of Greater Santa Barbara.

The two-hour fundraiser flourished as a celebration of unity with an atmosphere that was light and casual on the Bacara’s Oval Lawn, in an enclosed garden area located at the heart of the resort that provided the perfect blend of elegance and privacy for the occasion.

Guests mingled in pairs and small groups, enjoying an array of tasty appetizers and fine wines while browsing the silent auction items on display, including a round of golf for four guests at the Montecito Country Club donated by Dale and Mike Nissenson, and one week of day camp at UC Santa Barbara donated by iD Tech Camps.

Later, the jovial crowd was ushered into the luxurious 211-seat Bacara Screening Room for a short presentation followed by a live auction and inspiring musical entertainment.

On stage, Rassler paid tribute to the sponsors, board members and local dignitaries for their support of the Santa Barbara Jewish Festival and added that it’s an important and vibrant part of Santa Barbra’s rich history and ethnic celebrations not only for Jewish camaraderie but also for the entire community.

“Our volunteer committee has secured an incredible lineup of entertainers and activities,” Rassler said. “This free communitywide event should be the best festival we’ve ever had.”

Next, Rassler presented prizes to raffle winners, and auctioneer Scott Topper hosted the live auction featuring such hard-to-resist items as a pair of all-season movie passes for Metropolitan Theatres and a two-night stay at the Bacara Resort & Spa with dinner at Miro Restaurant and breakfast at Bistro.

Rep. Lois Capps, D-Santa Barbara, followed with a heartwarming speech and presented Rassler with a certificate of Congressional Recognition from the U.S. Congress recognizing the Jewish Federation of Greater Santa Barbra’s unique and wonderful contributions to the culture and life of the community.

“The Jewish Federation of Santa Barbara has given the community something to be proud of,” Capps said. “You are valued, active members of the Santa Barbara community as a whole, infusing us with your values and working to give back as you do to make our community a better place for all of us to live.

“Feeding the hungry, healing the sick, protecting our environment, our children and caring for the elderly. I want to thank you for that tradition that you’ve have given us all, celebrating our culture’s diversity and you do it the best.”

The afternoon festivities were topped off with live entertainment by singer Joshua Nelson, “The Prince of Kosher Gospel,” who with his backup singer, Rachael North, had the crowd on their feet clapping and swaying to the music with a soulful spin on treasured Jewish folk songs bringing cultures together in joyous song.

Nelson, born and raised Jewish, said that incorporating gospel with Jewish heritage is a way for him to claim both parts of his identity as a black Jew.

Nelson is one of the many of entertainers who will be performing at the festival, scheduled for 11 a.m. to 4 p.m. April 29 at Oak Park, 300 W. Alamar Ave.

The Santa Barbara Jewish Festival, which originated more then 20 years ago, was re-established by the Jewish Federation of Greater Santa Barbara in 2007 and continues to offer the general public a taste and feel of Jewish culture. In addition to music, the all-day venue will feature Israeli dancing. Participants will have the opportunity to learn the hora, a traditional Jewish step and other vibrant forms of Israeli folk dancing.

A unique blend of local talented artisans will also offer a variety of arts and crafts, including one-of-a-kind Israeli keepsakes, clothing and jewelry. Dozens of information booths will answer questions for interested visitors courtesy of the Santa Barbara Jewish Film Festival, Israel Committee of Santa Barbara, Anti-Defamation League and more.

In addition to entertainment and learning, a host of concession stands throughout the park will offer authentic Jewish cuisine, including falafels, knishes, kugels, kosher ice cream and a variety of baked goods, beer and wine.

Additionally, an area designated for youths will feature an assortment of fun activities such as carnival jumpers and face painting. Youths can also have photos taken with their families in front of a replica Western Wall constructed by Chabad of Santa Barbara with the special opportunity to also write prayer that will be sent to Jerusalem and placed into holes within the real Wailing Wall.

“With the free pictures that they provide, you can fool your friends about your sudden visit to Israel,” event coordinator Suzy Kaufer said.

Local dignitaries, members of the Santa Barbara City Council and Santa Barbara County Board of Supervisors, and a member from the Israeli consulate are scheduled to attend the festival commemorating the 64th Israeli Independence Day (Yom Ha’atzmaut) with a ceremony to be held on the main stage at 1 p.m.

“The great work the Jewish community does and particularly the Jewish Federation can be seen all throughout the community,” Capps said. “And so the festival becomes an opportunity to celebrate as a showcase of local talent and rich Jewish culture with amazing food and art, dancing and endless fun.”

The Jewish Federation of Greater Santa Barbara proudly thanks the gala kickoff sponsors: