We are a party right to your ears with a personal headphone disco experience. 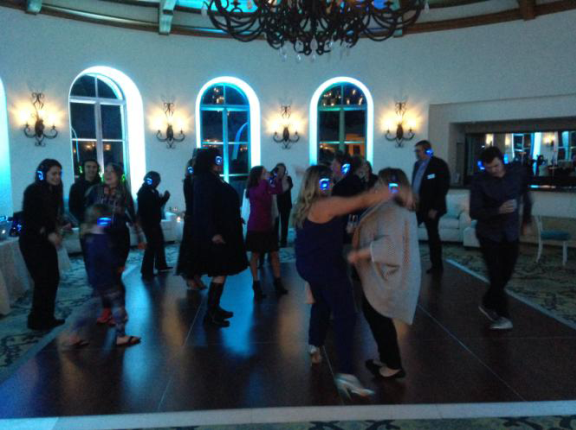 What is silent clubbing?
A silent disco or silent rave is an event where people dance to music listened to on wireless headphones. Rather than using a speaker system, music is broadcast via a radio transmitter with the signal being picked up by wireless headphone receivers worn by the participants.

We are Los Angeles silent disco event djs with up to three DJs at your party or corporate event!
Best Silent Disco Events in Los Angeles. DJ & MC Services in Santa Barbara and Los Angeles, CA.