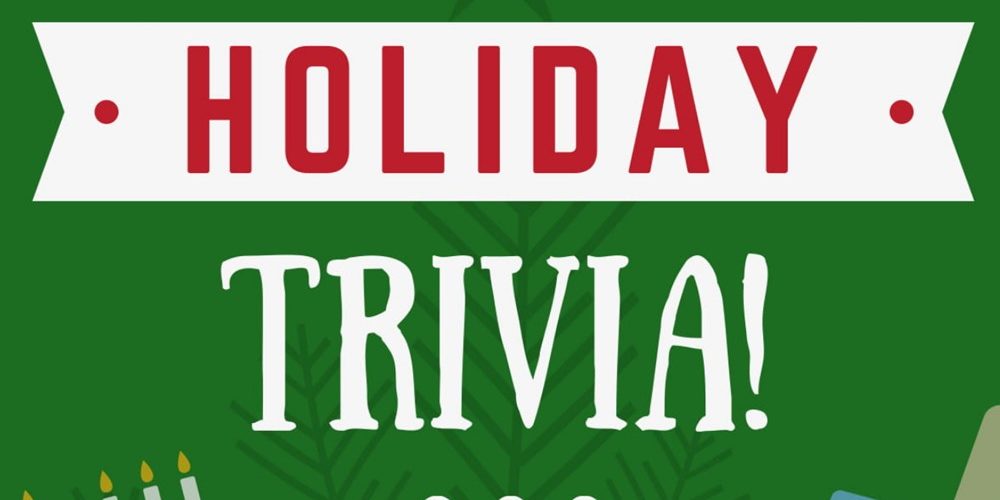 Online Trivia and Holiday Party Ideas for the Workplace

Looking for a unique online Holiday Party idea to bring your team together and raise their spirits?

Why not try a Workplace Virtual Holiday Party Trivia Challenge?

Q: One of Santa’s reindeer shares a name with a famous symbol of Valentine’s Day. Which reindeer is that?
A: Cupid
Q: What Christmas-themed ballet premiered in Saint Petersburg, Russia in 1892?
A: The Nutcracker
Q: In 1981, Bob and Doug McKenzie released their own version of a classic Christmas song. Which song is that?
A: The Twelve Days of Christmas
Q: In the song “Frosty the Snowman,” what made Frosty come to life?
A: An old silk hat
Q: What Christmas decoration was originally made from strands of silver?
A: Tinsel
Q: Who played George Bailey in the Christmas classic “It’s a Wonderful Life?”
A: Jimmy Stewart
Q: Per a recent holiday fad, what “spy” hides around the house, reporting back to Santa on who has been naughty and nice?
A: The Elf on the Shelf
Q: What Christmas beverage is also known as “milk punch?”
A: Eggnog
Q: What animated 2004 film is about a train that carries kids to the North Pole on Christmas Eve?
A: The Polar Express
Q: What much-reviled Christmas edible is known for its long shelf life?
A: Fruitcake