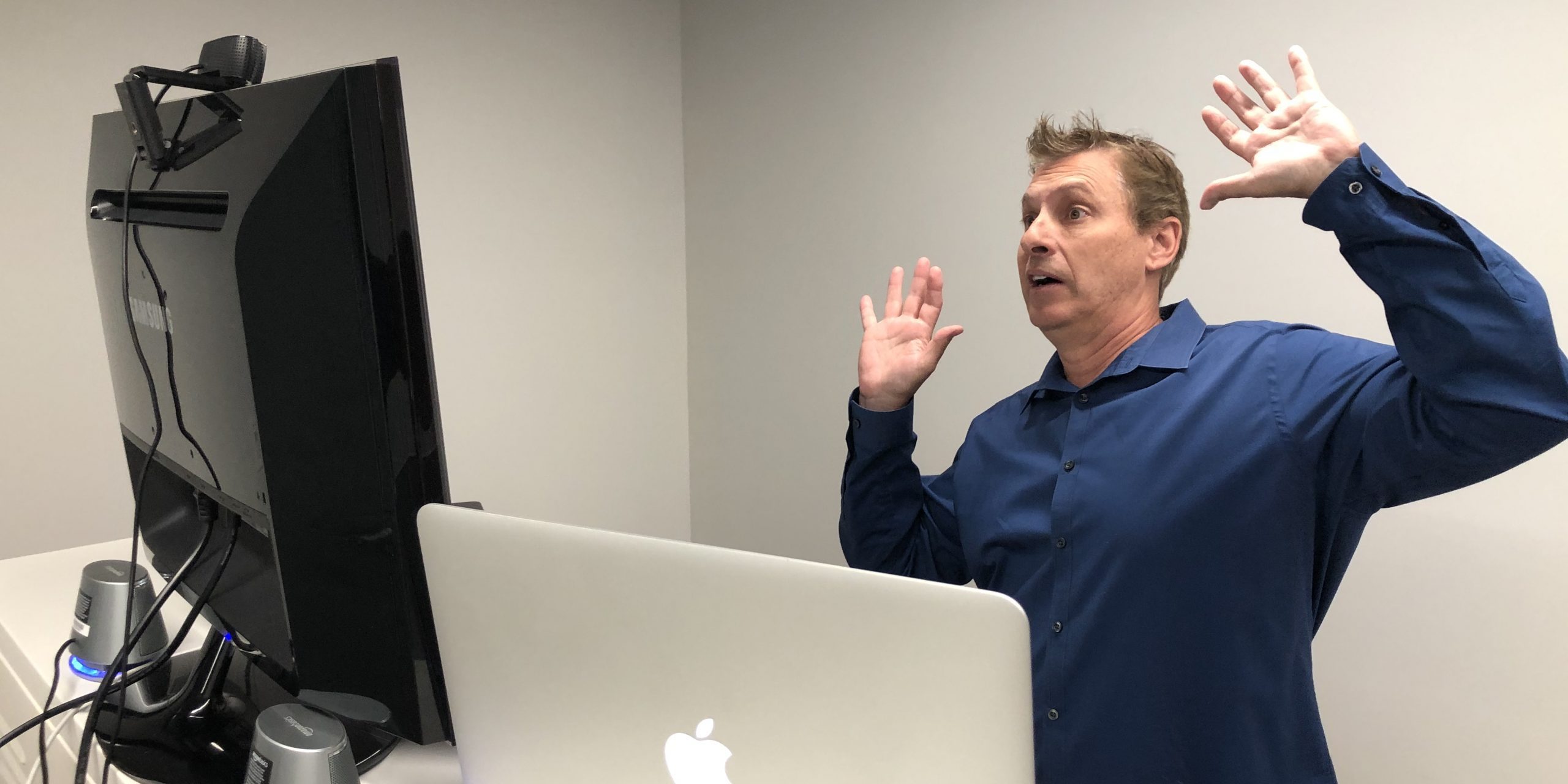 We’ve all heard the popular saying, “Laughter is the best medicine.” But does that type of thinking apply to something as serious as a global pandemic? Most psychologists would say yes. Humor helps people take back their sense of power in a powerless situation and it helps them connect with others—two things we have lost during this pandemic.

From a psychological point of view, humor is a great defense mechanism which helps us deal with emotionally challenging situations, especially ones which are overwhelming and unpredictable. The unique circumstances surrounding the pandemic may make humor more prevalent, not less.

Improv Fun and Games with Scott Topper from HypeCats Video & Ameravant on Vimeo.

First, many people now have an unusual amount of time on our hands. Being stuck at home with not much to do forces people to find ways to be more creative. And while the situation is serious, in our daily activities we are mostly preoccupied with more mundane tasks, such as what to do all day, how to entertain children, how not to eat too much, and how to stay sane in general.

Second, being a bit scared, tense, and in a state of alert is actually a good thing for humor to develop. These states of physiological and emotional arousal serve as driving forces in creating and enjoying humor.

Laughter Will Keep Your Team Connected — Even While You’re Apart

Studies show that humor has the power to reduce fear and anxiety, resolve conflicts, and help weather disappointments. There are many ways to find humor and keep your spirits up during these challenging times. “In a situation like the current pandemic, when it feels like we’re inundated with scary news, humor is a good way to hit the pause button,” said Melissa Goldberg, Psy.D., a clinical psychologist with McGovern Medical School at The University of Texas Health Science Center at Houston (UTHealth) and UT Physicians. “I will say, my husband and I are re-watching ‘30 Rock.’” Goldberg cited the work of psychologist Marsha Linehan, Ph.D., who developed dialectical behavior therapy (DBT) in the 1980s to treat patients suffering from borderline personality disorder. The idea behind DBT is to embrace two divergent perspectives at the same time—a “both, and” perspective—in order to achieve some mental equilibrium. The treatment has since been expanded for use with patients experiencing a variety of mental health issues, including depression.

Some may think pandemic humor inappropriate (and it certainly could be; no-one is laughing about elderly people dying in their nursing homes, or being quarantined with an abusive partner), but it’s also a coping mechanism, if not a survival mechanism. In fact, one of laughter’s most curative features is that it offers us catharsis, a chance to blow off steam and lower the internal pressure. 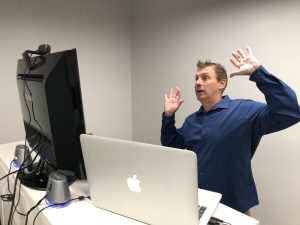 “When we laugh, we relax our muscles,” said John M. Bouras, M.D., a staff psychiatrist at The Menninger Clinic, a Houston psychiatric hospital. “Our blood vessels enlarge, which helps relieve the cardiovascular system. Laughter also helps reduce negative stress hormones, like cortisol, and it helps with releasing endorphins, so pain tolerance is better.”

Want to book a private group work party for Improv Fun and Games with Scott Topper?Scott focuses on all the fun aspects of improv comedy with lots of games, smiles, and laughs!Book your improv comedy team-building activity experience today!

In today’s home-alone virtual team world, your team members need to stay healthy and productive. You need to get them to laugh more and stress less. Does that mean that you need to become a comedian? Not at all. But it does mean that you need to foster some laughter. Here are five concrete steps you can take to do that:

1. Slow down. Most leaders feel that they need to make every virtual interaction as fast and efficient as possible. When virtual interaction is all people have, this is a mistake. In these times of isolation, an important part of a leader’s job is to socially, psychologically, and emotionally connect and reconnect the team and not just get work done. Laughter is one of the best ways to keep a team emotionally connected. But you need to give it time and space, even if you have to put off some of the actual work.

2. Get the video working. Humans are amazingly good at reading both visual and auditory clues and cues when it comes to laughter. The more channels you can give them to give and read cues the better. For that reason, make sure that all your people can and do attend via video, because that will increase the cue-flow for laughter.

3. Smile a lot and talk in a slightly higher voice. People naturally look to the leader of a meeting for signals as to what is okay in terms of behavior, including permission to laugh. The simplest and strongest facial signal that laughter is okay is a genuine smile. The key auditory cue is the pitch of your voice. Almost regardless of culture, a slightly higher pitch in your voice signals that you want to set a lighter rather than more serious tone for your group.

4. Set the example. Because like a yawn, laughter sparks laughter, perhaps nothing is more powerful in generating some laughter in your team than laughing yourself. However, just as people can generally differentiate between genuine and fake smiles, they can tell the difference between a real and a forced laugh — which leads to the final recommendation.

5. Get in the mood yourself. You need to start with your own chemistry ahead of any meeting. It’s easier to keep laughter (and its neurochemicals) going than it is to start cold in front of all the faces on your Zoom page. Ideally get yourself laughing — even for just a few seconds — in advance. I’d advise watching a funny video just before the meeting starts.